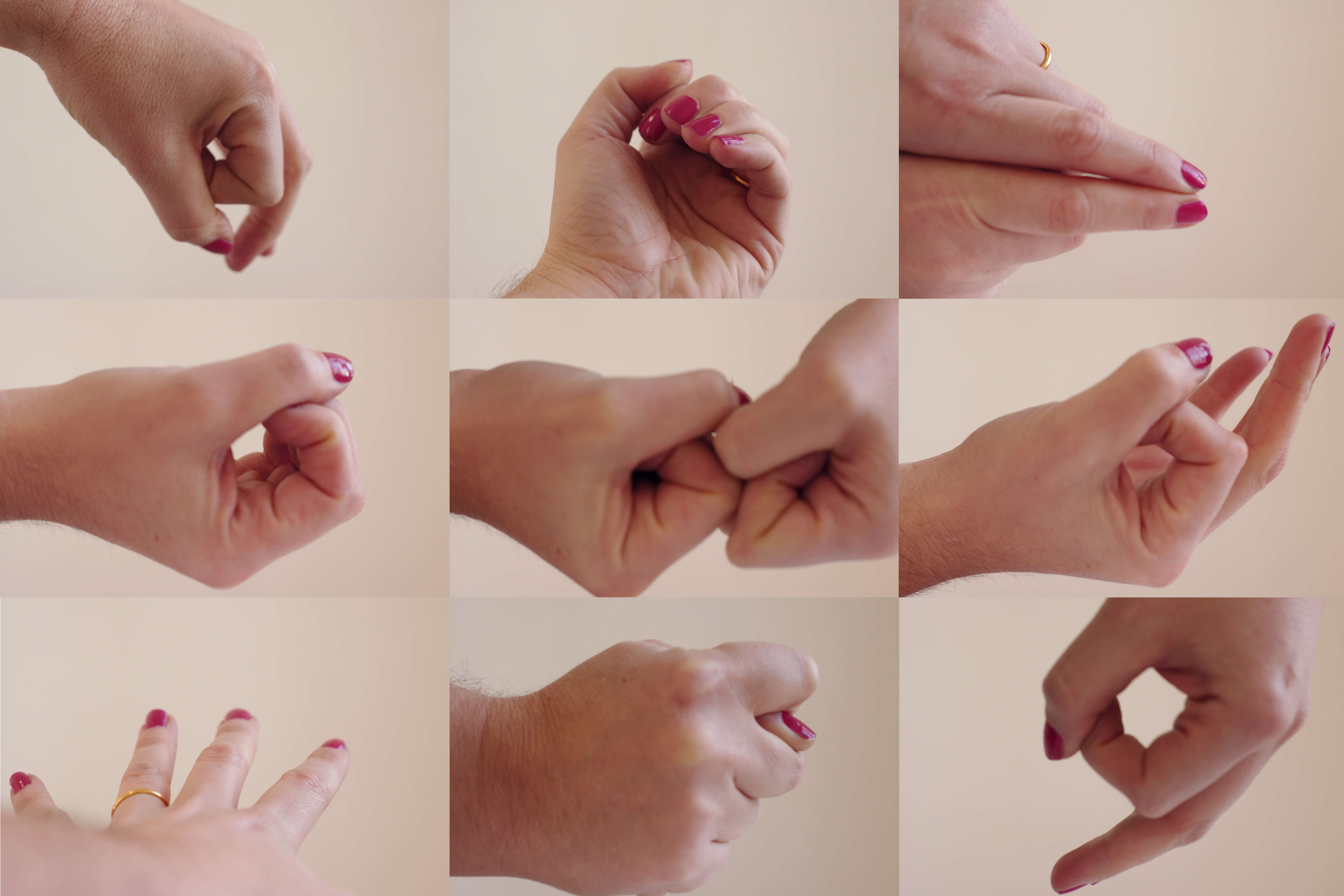 During a residency in Germany in 2014 I photographed myself making gestures,
thinking about relationships and sex and playing with moving my hands. My work was
chosen to be exhibited in Belgrade at the O3one Gallery.
For the symposium held at the gallery during the exhibition I discussed the original
development of the work. Western paintings that use gestures were an influence, in
particular the nipple tweak of Gabrielle D’Este and One of her Sisters by the school of
Fontainebleau, 1594, at the Louvre. In 2003 I produced a series of portraits of people
tweaking their nipple as an act of defiance. The gestures are also linked to pop culture
gestures such as the ubiquitous peace signs in ‘selfies’, and the sexual gestures used
by teenagers. Alongside this I enjoyed the fact that as a middle class British woman I
would be unlikely to use sexual gestures in public. The painted nails and the wedding
ring photographed seductively contrasted with the sexually explicit gestures. The soft
flesh tones and colour red reinforced sexuality. The red hinting at power, promiscuity
and perhaps danger. The seduction and elusiveness is aided by the glossy acrylic
mount being reflective, alluring and distancing. I pointed out that within the canon of art
history there are few married women so for me to have my wedding ring on was an act
of defiance. It was pointed out that it also provided another hole penetrated in the
image.

My supervisor pointed out that in my gesture images I am only touching myself. This
had not occurred to me. The fact that I am doing this with myself reminded me of
Irigaray’s written image of two lips constantly touching. In order to explore this constant
touch more I photographed my fingers touching in a swimming pool. The water
becomes a fluid touching all of me. The orange nails against the blue of the tiles is also
very pleasing visually and is reminiscent of a photograph by the French fashion
photographer Guy Bourdin. I enjoy the movement of my arm hair and the strangeness
of one ghostly foot in the composition. As women are often expected to eradicate their
bodily hair, exposing it offers rebellion.